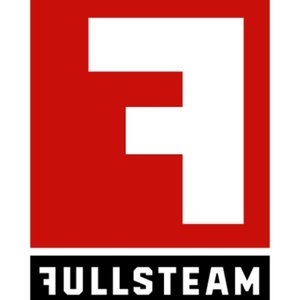 North Carolina’s Fullsteam is launching into the Charleston market. And it’s doing so by introducing itself over the next few weekends in the holy city.

Fullsteam is up front about why it exists. It’s clear on the brewery’s website:

Fullsteam’s mission is create a distinctly Southern beer style that celebrates the culinary and agricultural heritage of the South.

These standards make Charleston a perfect fit for the brewery’s market expansion. Fullsteam CEO Sean Wilson says that “Our mission to ‘celebrate the farm and food traditions of the South’ is perfectly aligned with Charleston, clearly one of the nation’s best destinations for great food and drink.” Charleston isn’t the brewery’s first market to see distribution outside of North Carolina. The brewery has very limited distribution in Washington, D.C. However, Charleston will be the first effort by the brewery to really build their brand outside of North Carolina.

Why the move? The brewery is looking to expand production and is taking steps to do that. But, nothing is final yet. So, don’t expect everyone in Charleston to carry beers from the Durham brewery. And what beers will be carried in Charleston? Wilson says that most likely it will be a mix of year-round and seasonals. You can count on seeing the Summer Basil Farmhouse Ale, as well as the Carver Sweet Potato Lager.

You’ll be able to catch the brewery for the second year at Brewvival. They’ll offer 4 beers: Caskalasky! (a cask of their year-round ginger pale ale), The Common Good (A sour mash “Kentucky Common” brewed with 100% North Carolina grain and fresh-pressed Newtown Pippin apples), 2012 First Frost (a winter warmer made with 450 pounds of native wild persimmons and 100 pounds of farmed Fuyu and Hachiya persimmons), and 2011 First Frost.

The brewery is also hosting a beer dinner on Thursday night at Wild Dunes. More info is available here: http://www.fullsteam.ag/blog/2013/02/6535/ If you can’t make either of those, you can catch Fullsteam at the Charleston Wine + Food Festival.

If you want to learn more about the brewery, then head to http://www.fullsteam.ag/