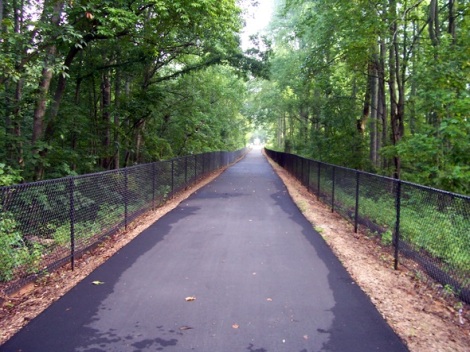 Greenville has a new brewery in planning. It’s a hot time in the Upstate, with Thomas Creek just celebrating 15 years of business, Quest just opening, Grape & Grains working on opening a brewery, and Brewery 85 on track to open this fall. But now, there is a new brewery that is looking to make its mark in South Carolina.

This newcomer is the Swamp Rabbit Brewery & Taproom, which will be located in Travelers Rest. TR as it is commonly referred to in the Upstate is a small town that is up and coming. From Greenville, you’ll go through it if you’re heading to North Carolina whether to Asheville or to hike Caesars Head and Jones Gap. The brewery is headed by Ben and Teresa Pierson, a husband and wife who are looking to make an impact for the community. Ben is a very accomplished brewmaster. Recently, he was brewmaster of Lexington Avenue Brewery in Asheville and Green Man Brewery in Asheville.

The brewery just announced on Facebook that they had just formed an LLC and had placed a downpayment on their brewery equipment to open a 10bbl brewhouse. The brewery is hoping to open by November and will be located just off of the famous Swamp Rabbit Trail. If you’d like to check the brewery out on Facebook, head to: https://www.facebook.com/SwampRabbitBrewery