Do you remember that movie? You know the one. The hint is in the title to this post. As I recall it, Kate Hudson’s character is attempting to push away Matthew McConaughey’s character by using classic relationship mistakes in an effort to write an article for the magazine that she works for. Meanwhile, McConaughey’s character is in the middle of a bet that he can find someone to fall in love with him. Hijinks ensues. And as with most romantic comedies, (SPOILER ALERT) the ending is happy and the couple ends up together. That is sort of the story for a few alcohol bills being considered by the General Assembly at this moment. Both bills are well meaning, non-threatening, and should be slam dunks for everyone, but have gotten stuck due to the timing of some outside circumstances.

Alright. Alright. Alright. Sorry. Wrong movie. So, while my days of writing movie recaps might be behind me, I can assure you that writing about legislation is not. And that brings us here. As everyone is probably well aware, there are two big bills before the General Assembly this year that impact your favorite breweries and brewpubs (as well as other producers and wholesalers). We’ve previously spoken about them on the blog.

The first is the nonprofit bill. Here is some background about that. While I haven’t done a true breakdown of the bill itself, the prior post will give you an idea of what exactly is being fixed. CliffsNotes version: the bill allows producers to donate to nonprofits by using their wholesalers and changes certain licensing for nonprofit events. The bill also allows brewpubs to make donations and to pour beer at nonprofit events that are licensed. It also allows producers to use their own equipment and be the ones pouring product at the event.

The second is the brewpub modernization bill. Here is a prior posting breaking that bill down. But, for those on the run, here is the CliffsNotes version: the bill will allow brewpubs to distribute by changing their licensing. It also will allow breweries with food service components the opportunity to apply for a liquor permit. 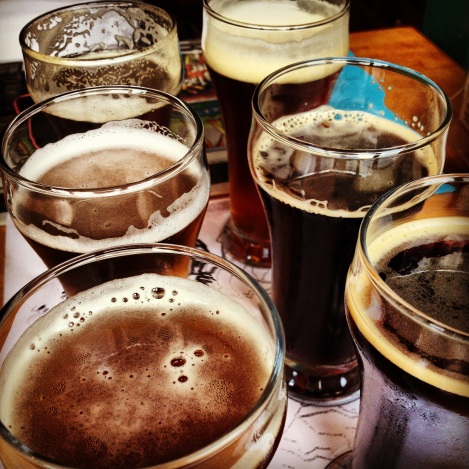 While these bills were expected to fly through both the Senate and the House, there has been a bit of a snag at the State House. One reason is that this year is actually a short year for the legislature. Typically, it meets until the end of May or start of June. However, this year, it will meet until May 11th. The second session of this legislature will reconvene in January of 2018. That means that if bills are going to pass to be effective for 2017, then they need to pass before the legislature adjourns. Another reason is that there have been quite a number of very significant bills that have had the attention of the legislators this year, with transportation being at the top of the list. A transition in the Governor’s office might have also impacted the bills.

So, what’s the issue? Well, here it is. Both bills have passed through the Senate with little issue. The nonprofit bill passed 41-1 in the Senate and the brewpub bill passed 37-1. Pretty significant margins there. Well, once passed, both bills went over to the House. They were both read and introduced. To pass a governing body at the State House, bills have to be read three times. Usually, this means that a bill will be introduced and read (1st reading); it then goes to subcommittee and committee and will come back to the floor where it is then read a second time and debated (2nd reading); and if it passes, it is then read a third time (3rd reading) at which point it passes the body. The bills cannot be read multiple times on the same day. So, there has to be some time in between that second and third reading.

Both bills have not had a second a reading. They have both gone through subcommittee, with the brewpub bill passing and the nonprofit bill receiving no report, which means that the vote was tied. That won’t prevent it from going to the full committee, however. The House Judiciary committee is the committee that examines alcohol bills before they go to the floor for debate. Unfortunately, the full committee has not considered either bill. And time is ticking for this session with the final House Judiciary Committee meeting taking place at 2:30 p.m. on Tuesday, April 25th. The committee could meet again, but isn’t currently expected to do so. So, if neither bill gets addressed by the last meeting this week, then it will have to sit until January of 2018 to be debated, which means the laws won’t change until later that year. Fortunately, both bills are on the agenda for tomorrow. 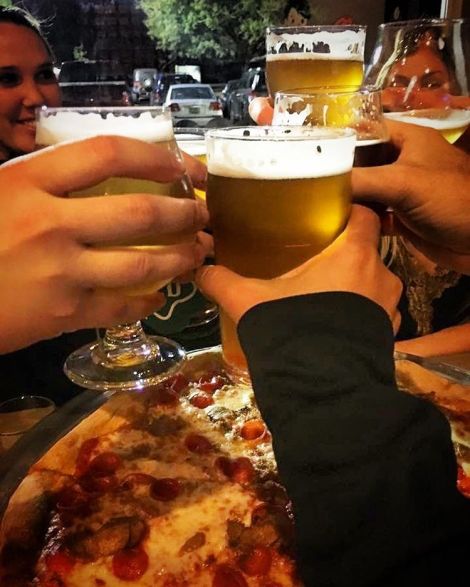 WHAT YOU CAN DO

But that being said, just because the bills are on the agenda doesn’t mean that they will get through favorably. In the past, some alcohol bills have had some real issues on the committee level, and even though both of these bills are not necessarily problematic or have great outside opposition, you never know what might happen.

The House Judiciary Committee is made up of 25 men and women from both sides of the aisle. Some were in the subcommittee hearings for both bills. However, if these bills are to get through, they will need a boost from the public. So, what can you do? Well, it is simple really. Write to the judiciary committee members to express your support for both S. 114 (the nonprofit donation bill) and S. 275 (the brewpub modernization bill). Certainly, you should write to your Representative if you live or work in their district, but it might also be wise to focus on others in the committee if time allows.

If you go to this website, you can see a listing of the committee members. You can then click on their name and go their page where you will find a link to send them a message or you can call their offices to voice your support.

As always, passing bills isn’t easy. And while the South Carolina craft brewing community has had some major victories in the past, those are due to the hard work and support of many, including you. Can you help again?

Brook Bristow is a South Carolina-based lawyer at Bristow Beverage Law, who primarily counsels companies in the alcohol industry on business and employment laws, as well as on compliance, licensing, and intellectual property. He is the author and editor of the Beer of SC Blog. You may reach him directly at beerofsc@gmail.com or brook@bristowbeveragelaw.com